You are here:
Magnesium Oil Stories 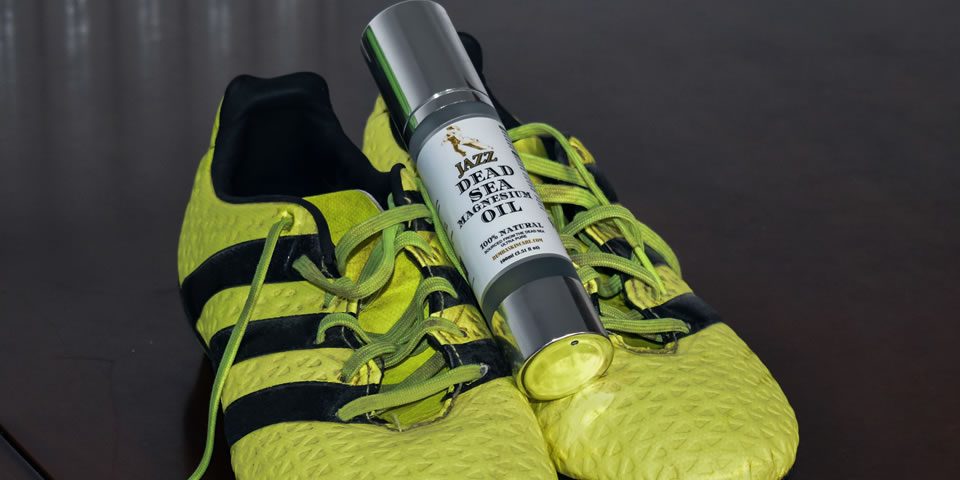 I am one of the early users of the new JAZZ Magnesium Oil. I know because I’ve been using it for the past twelve months and it was not even branded as a product for the public at the time.

My dad works for the company that makes the magnesium oil and he had been telling me to start taking magnesium supplements through my water and also use the oil, but I was sceptical and would always avoid it before going to matches. After a while, my dad stopped nagging me about it.

As a striker for my local U13 team, there was some competition upfront that you had to perform because there are others who were competing with me to win the golden boot for the 2018/2019 season. In fact, with the new season, there was a restructuring programme that took place as the two U12 teams were rebuilt due to managerial changes. I scored 25 goals with 12 assists in that season.

My experience with the magnesium oil started strangely with an a bad experience at one of our pre-season matches and it was a tough match, a pass had been made to me and had dribbled past a defender and was about to shoot for a goal with just the goalkeeper to beat, then disaster struck. Cramps gripped my leg as I tried to shoot but could not, it was as if I fumbled. I was in a lot of pain and went to the ground. It wasn’t a funny thing. People thought I missed the goal and was pretending being hurt, but I wasn’t. The manager got me substituted immediately. It was my dad who really understood what happened said, “It’s cramps. If you had taken some magnesium as I used to tell you, I don’t think it could have happened”.

Well, I had scored two goals prior to the incident and though we still won the match I could have scored more had I been fit. From that day, I have never been without magnesium when going to play football or going on tracks, even for training. I make sure I slap some JAZZ Magnesium oil on my calf and legs and arms, and also add some to my water. My dad knows all the science behind it and he even showed me how Andy Murray, the former Olympic gold medalist and Wimbledon champion, takes a magnesium supplement.

Despite the competition, I still hit 31 goals and 20 assists in the league for the season and also won the Golden Boot again.

I am looking forward to the new season, which I can see would be challenging because we got promoted, having almost won the league save for our stuttering start when we lost some games we should have easily won, but went unbeaten for the rest of the season afterwards. I will NEVER be without my JAZZ Magnesium Oil.

Written by Michael F., U13 Footballer, and published with his parental consent.